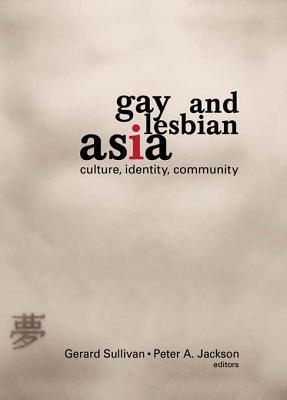 Although many Asian cultures borrow the language of the West when discussing queerness, the attitudes, relationships, and roles described are quite different. Gay and Lesbian Asia discusses cultural issues as well as the unique political position of gays in Asian societies.

For example, the Thai concept of phet--eroticized gender--is quite different from the Western view that classifies people by the sex of the partners they desire, not by their level of masculine or feminine traits. Similarly, some gay and lesbian Chinese people come home rather than come out. By bringing their partners into the extended family, they can maintain the filial relationships that define them while being able to love whom they choose.

The essays in Gay and Lesbian Asia cover a broad range of approaches and subjects: globalization theory exploring the political and cultural ramifications of the Western gay identity movement Foucauldian discourse on sexuality and sharply distinct erotic cultures political and cultural analyses of gay and lesbian comradeship and filial relationships in Chinese societies research on the T and po lesbians (similar to butch and femme) in Malaysian bars the formation of gay cybercommunities in Asia the effects of class distinctions on Jakarta lesbians studies of local historical forms of homoeroticism and transgenderismGay and Lesbian Asia continues Haworths landmark series of books on gay and lesbian issues in Asia and Australia.

Along with Tongzhi: Politics of Same-Sex Eroticism in Chinese Societies- Queer Asian Cinema- Multicultural Queer: Australian Narratives- Gays and Lesbians in Asia and the Pacific- and Lady Boys, Tom Boys, Rent Boys: Male and Female Homosexualities in Contemporary Thailand, this book presents some of the most original, powerful current thought available on cultural, political, sexual, and gender issues for queer subcultures within Asian cultures.