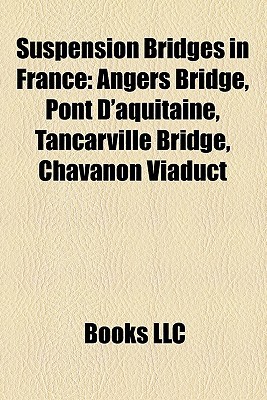 Excerpt: Angers Bridge, also called the Basse-Chane Bridge, was a suspension bridge over the Maine River in Angers, France. It was designed by Joseph Chaley and Bordillon, and built between 1836 and 1839. The bridge collapsed on April 16, 1850, when 478 French soldiers marched across it in lockstep. The bridge spanned 102 m, with two wire cables carrying a 7.2 m wide deck.

Its towers consisted of cast iron columns 5.47 m tall. Because the soldiers were marching together, they caused the bridge to vibrate and twist from side to side, dislodging an anchoring cable from its concrete mooring. Though a thunderstorm occurred during the collapse, engineering reports at the time indicated that the collapse was due to the soldiers rather than the storm. Some 226 soldiers died in the river below the bridge.

The failure was attributed to a combination of dynamic load and corrosion of the anchors for the main cables. The Angers bridge was not the first suspension bridge to collapse. Previous failures included Dryburgh Abbey Bridge in 1818, The Royal Suspension Chain Pier in Brighton in 1836, and damage caused by winds to the Menai Suspension Bridge in 1825, 1836 and 1839.

Subsequent spectacular suspension bridge collapses caused by wind include the failure of the Tacoma Narrows Bridge in 1940. However, the Angers bridge failure caused by far the greatest number of casualties. As a result of the bridges collapse, marchers were advised to break step when crossing bridges, a reiteration of much earlier advice given to Roman soldiers, and to the UK Military after the collapse of the Broughton Suspension Bridge in 1831. Ironically, crowds of people that do...More: https://booksllc.net/?id=8461386